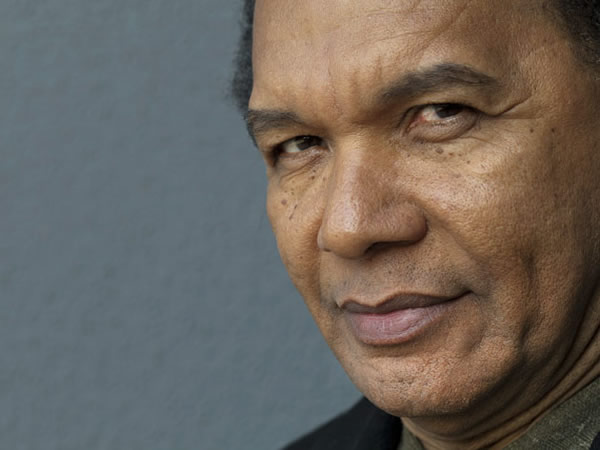 SALGADO MARANHÃO's collected poems, The Color of the Word, won Brazil’s highest award, the Premio de Poesia da Academia Brasileira de Letras, for the year 2011. An earlier collection, Mural of Winds, won the prestigious Prêmio Jabuti in 1999. In addition to eight books of poetry, including The Snake’s Fists, The Kiss of the Beast, and the recent Tiger’s Fur, he has written song lyrics and made recordings with some of Brazil’s leading jazz and pop musicians. Poems drawn from his first book in English, Blood of the Sun (Milkweed Editions, 2012) have appeared in numerous magazines, including BOMB, Dirty Goat, Left Curve, and Words Without Borders.

Salgado’s white father was descended from a wealthy family whose plantations had been worked by slaves. His mother was an intelligent, determined Afro-Brazilian field worker who sang to him from a folk tradition tracing back to practice of the troubadours. As he says, “The mansion and the shanty flow together in my veins.”