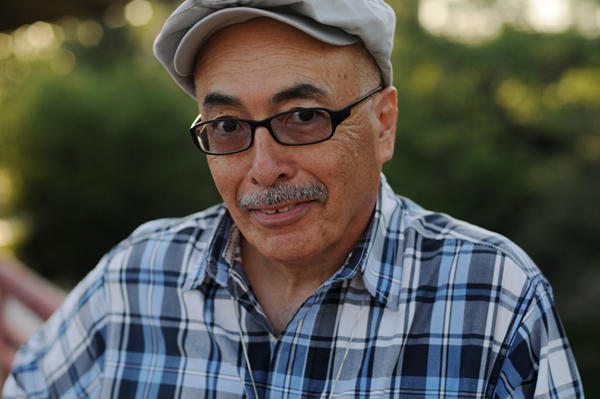 The son of migrant Mexican farm workers, JUAN FELIPE HERRERA spoke barely any English when he entered school.  He started out with an outsider’s relationship to English and its literary traditions, and this has given him a very flexible approach to his adopted language.  He credits great teachers and endless hours at the free local library with changing his life by introducing him to art, music and literature from many cultures, and giving him the confidence to find his own voice.  Recently, he was named California’s first Chicano Poet Laureate.  He is the author of many collections of poetry, including Half of the World in Light: New and Selected Poems (2008), a recipient of the PEN/Beyond Margins Award; 187 Reasons Mexicanos Can't Cross The Border: Undocuments 1971-2007 (2007); and Crashboomlove (1999), a novel in verse.  He has published many young adult novels and children’s books.

Click here to read our blog about Juan Felipe Herrera.

12:10-1:10pm
Conversation: Who Is It Can Tell Me Who I Am: Poetry and Identity
Nikky Finney, Juan Felipe Herrera, Arthur Sze
First Peddie Baptist Memorial Church