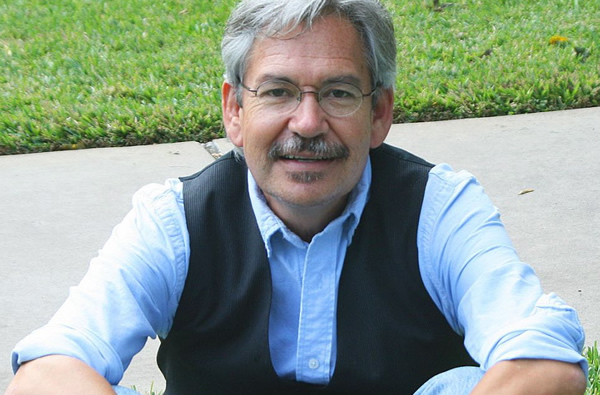 BENJAMIN ALIRE SÁENZ grew up on a cotton farm in New Mexico speaking only Spanish until he started elementary school. His education eventually took him to Denver, Belguim, Iowa, and California.  He has lived for years in the border region between Texas and New Mexico — an area that remains central to his writing.  Sáenz is a poet, novelist, essayist, children’s book author and painter.  His lifelong love of the visual arts is evident in his poetry, which is rich with visual detail and keen observations about the world around him.  His poetry collections include The Book of What Remains (2010), Dreaming the End of War (2006) Elegies in Blue (2002) and Dark and Perfect Angels (1995).  His honors and awards include Lannan and Wallace E. Stegner Fellowships, two Southwest Book Awards, an American Book Award and many prizes for his children’s books and fiction.

Click here to see our blog on Benjamin Alire Sáenz.