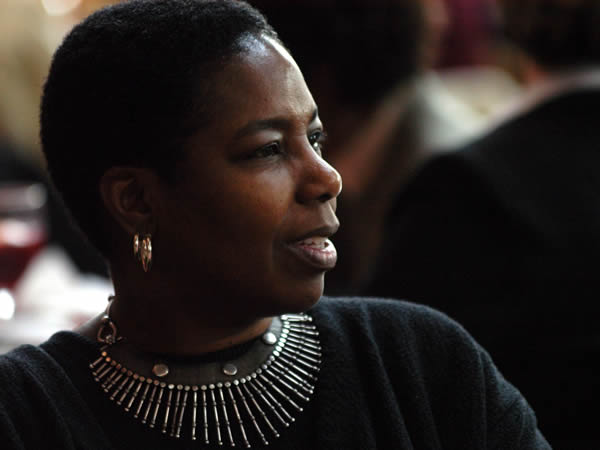 Baraka Sele, a native of Detroit, Michigan, became a published poet at the age of eighteen when a poem she wrote, inspired by the 1967 riots, was printed by the Detroit News.  Baraka's first collection of poetry, Inside the Devil's Mouth was published when she was still an undergraduate student at Eastern Michigan University.  Since that time, Ms. Sele's poems have appeared in various publications, including Black American Literature Forum; Ishmael Reed and Al Young's Quilt 4; Nostalgia for the Present: An Anthology of Writings (from Detroit); Solid Ground: A New World Journal.

Throughout a more than thirty-year career of working in the arts, including her tenure as the Assistant Vice President of Programming at New Jersey Performing Arts Center, she has presented numerous poets and spoken word artists.

Baraka completed B.A. and M.A. degrees in English and Modern American Literature at Eastern Michigan University.  She has taught at Eastern Michigan University, Texas Southern University, and New College of California in San Francisco. She has been a guest speaker at numerous colleges and universities throughout the United States.  Baraka Sele currently works as an independent performing arts curator, consultant, and independent producer.