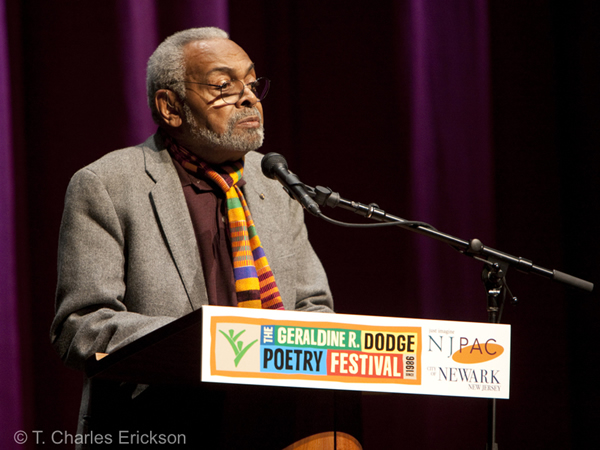 Born in Newark, New Jersey, AMIRI BARAKA was already an acclaimed poet and Obie-award-winning playwright in 1965 when Malcom X was assassinated. This sparked a radical transformation in his approach to art, and led to his pivotal role in the formation of the Black Arts Movement.   An internationally recognized poet, dramatist, essayist and musical historian, Baraka’s place in his hometown is unique among artists of his stature.  For over four decades he has remained actively engaged in his community, supporting Newark’s artistic, cultural, social and political life, and has earned the respect and gratitude of the generations of artists he has encouraged and mentored there.  Author of over 40 books, Baraka has received many honors, including fellowships from the Guggenheim Foundation and the National Endowment for the Arts, the Langston Hughes Award from the City College of New York, the Rockefeller Foundation Award for Drama, and an induction into the American Academy of Arts and Letters.

Click here to read our blog on Amiri Baraka.