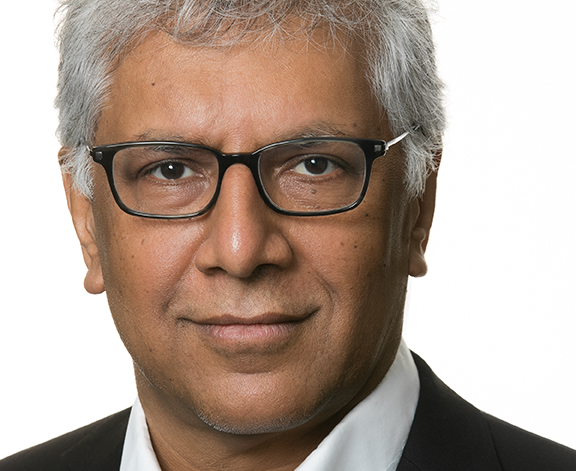 Vijay Seshadri was born in India and came to America at age five. He grew up in Ohio, where his father taught chemistry at Ohio State University, and received an AB degree from Oberlin College and an MFA from Columbia University.

His poetry collections include 3 Sections (2013), which won the Pulitzer Prize for Poetry; The Long Meadow (2004), which won the James Laughlin Award; and Wild Kingdom (1996).

His work has appeared in A Public Space, AGNI, The American Scholar, Antaeus, The Nation, The New Yorker, The Paris Review, the Philadelphia Enquirer, Ploughshares, Poetry, The San Diego Reader, Shenandoah, The Southwest Review, The Threepenny Review, the Times Book Review, TriQuarterly, Verse, Western Humanities Review, The Yale Review, and in many anthologies, including Under 35: The New Generation of American Poets, Contours of the Heart, Staying Alive: Real Poems for Unreal Times and The Best American Poetry.

Seshadri has received grants from the John Simon Guggenheim Memorial Foundation, the New York Foundation for the Arts, and the National Endowment for the Arts and has been awarded The Paris Review’s Bernard F. Conners Long Poem Prize and the MacDowell Colony’s Fellowship for Distinguished Poetic Achievement.

He currently teaches at Sarah Lawrence College, where he has held the Michele Tolela Myers Chair. He lives in Brooklyn with his wife and son.