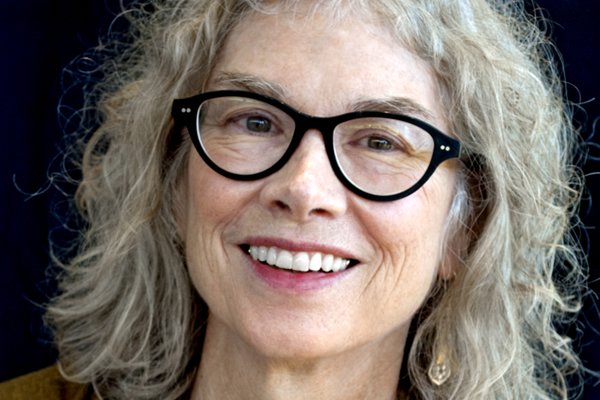 Brenda Hillman was born in Arizona, attended Pomona College and received her MFA at the University of Iowa.

She is the author of Seasonal Works with Letters on Fire (2013), which received the International Griffin Poetry Prize, the Northern California Book Award for Poetry and the California Book Award Gold Medal in Poetry; Practical Water (2009), winner of the LA Times Book Award for Poetry; Pieces of Air in the Epic (2005); Cascadia (2001); Loose Sugar (1997), a finalist for the National Book Critic’s Circle; and Bright Existence (1993), a Pulitzer Prize finalist.

Hillman co-edited The Grand Permisson: New Writings on Poetics and Motherhood (2003) and edited a collection Emily Dickinson poems (1995). She co-translated Poems from Above the Hill: Selected Poems of Ashur Etwebi (2011) and Jeongrye Choi’s Instances (2011).

Hillman has taught at the Napa Valley Writer’s Conference and UC Berkeley. She currently teaches at St. Mary’s College and lives in the Bay Area with her husband, the poet Robert Hass.