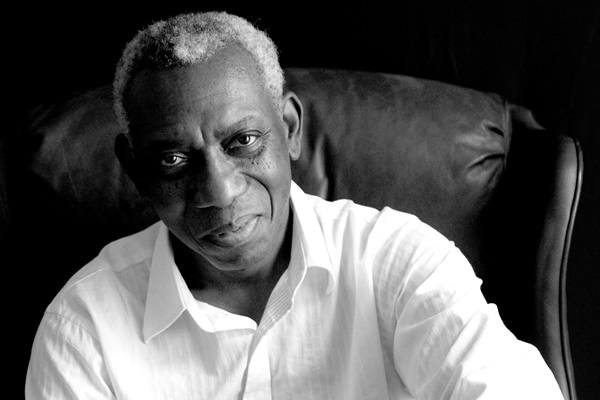 Yusef Komunyakaa was born in Bogalusa, Louisiana, the son of a carpenter and a mother who bought a set of encyclopedias for her children. When he was sixteen, he discovered James Baldwin's essays and decided to become a writer. From 1965 to 1968, Komunyakaa served a tour of duty in Vietnam as an information specialist, editing a military newspaper called the Southern Cross. Nearly twenty years after his Vietnam experiences, Komunyakaa wrote his war poems, published in 1988 as Dien Cai Dau. By 1994, when these poems were included in Neon Vernacular: New and Selected Poems, 1977-1989, Komunyakaa had won two Creative Writing fellowships from the National Endowment for the Arts and the San Francisco Poetry Center Award, and he had held the Lilly Professorship of Poetry at Indiana University. Neon Vernacular received the Pulitizer Prize for Poetry, as well as the Kingsley-Tufts Poetry Award from the Claremont Graduate School, and as a result his earlier eight collections of work have been re-evaluated. In 1998 his poetry collection Thieves of Paradise was a finalist for the 1999 National Book Critics Circle Award, and that same year saw the publication of his recording, Love Notes from the Madhouse. In 2000, Radicloni Clytus edited a book of Komunyakaa's prose, Blue Notes: Essays, Interviews, and Commentaries, for the University of Michigan Press series.