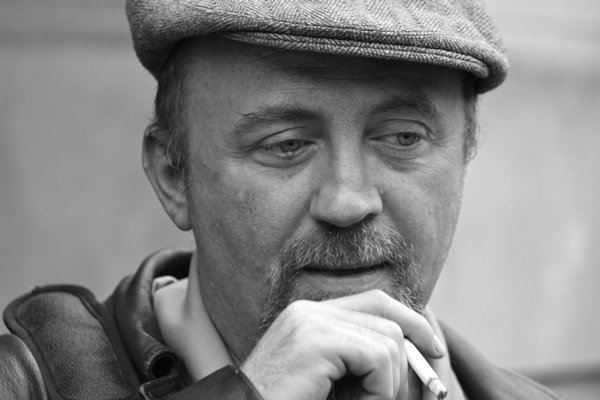 Sean Thomas Dougherty is the author or editor of thirteen books, including All You Ask for Is Longing: Poems 1994- 2014 (2014) Scything Grace (2013) and Sasha Sings the Laundry on the Line (2010). He is the recipient of two Pennsylvania Council for the Arts Fellowships in Poetry, an appearance in Best American Poetry 2014, and a US Fulbright Lectureship to the Balkans. Known for his electrifying performances, he has performed at hundreds of venues across North America and Europe, including the Lollapalooza Music Festival, South Carolina Literary Festival, the Old  Dominion Literary Festival, and across Albania and Macedonia, where he appeared on national television. He has taught Creative Writing at Syracuse University, Penn State University,  Case Western University, Chatham University and Cleveland State University. He currently works at a Gold Crown Billiards in Erie, PA and tours for performances.