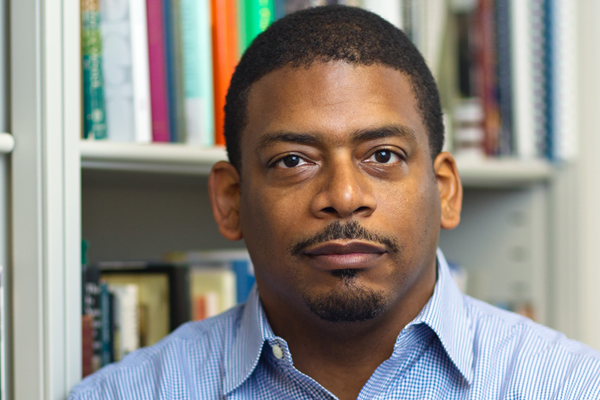 A. Van Jordan was born and raised in Akron, Ohio.  He earned a BA in English literature from Wittenberg University in Springfield, Ohio, and an MA in Communications from Howard University.  After attending poetry readings in the Washington, DC area in his late 20s, Jordan became interested in writing poetry. He received an MFA in creative writing from Warren Wilson College in 1998.  His collections of poetry include Rise, M-A-C-N-O-L-I-A, and Quantum Lyrics.  Music, film, and history have influenced his work. The poems in M-A-C-N-O-L-I-A concern the life of MacNolia Cox, the first African American finalist in the National Spelling Competition in 1936.  Quantum Lyrics delves into physics, racism, history, and Albert Einstein’s work for human rights.