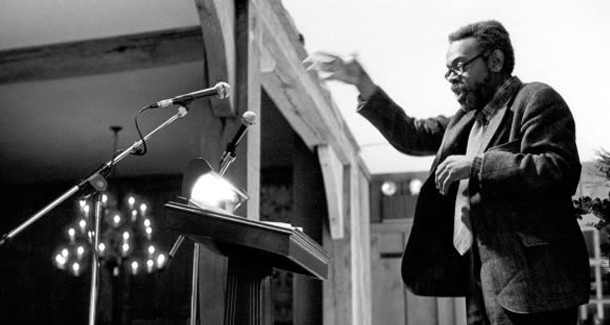 The Dodge Poetry Festival is widely acknowledged as the largest poetry event in North America, representing the most eminent poets from the late 20th and early 21st centuries. These four-day celebrations of poetry have been called "poetry heaven" by former U.S. Poet Laureate Robert Hass, "a new Woodstock" by the Christian Science Monitor, and simply "Wordstock" by The New York Times.

The Festival, held in even-numbered years since 1986, has drawn a combined audience of approximately 140,000 attendees from 42 states, including 17,000 high school teachers and 42,000 high school students who attended without charge and traveled from as far away as Florida, Maine, Minnesota and California. On each of these four Fall days, ten or more separate stages offer events simultaneously for audiences of 100 to 2,000 people. Originally held in Waterloo Village, the Festival found a new home in Newark’s Downtown Arts District in 2010.

The poets who have appeared at the Dodge Festival are a veritable who’s-who of American and international poets. Such iconic figures as Gwendolyn Brooks, Robert Creeley, Allen Ginsberg, and Gary Snyder are included in the archive, as is virtually the entire “great generation” which includes Robert Bly, Galway Kinnell, Carolyn Kizer, Kenneth Koch, Donald Hall, Phillip Levine, Mary Oliver, W. S. Merwin, Adrienne Rich, William Stafford, Gerald Stern, Ruth Stone, and others. Many of today’s most noted younger poets gave their first major reading at the Dodge Poetry Festival, including Elizabeth Alexander and recent Pulitzer Prize winner Natasha Tretheway. The Festival has welcomed participants from every part of the globe, including Nobel Laureates Octavio Paz and Derek Walcott, as well as Chinua Achebe, Bei Dao, Yehuda Amichai, the United Kingdom’s Poet Laureate Andrew Motion, and Korea’s most prolific and respected living poet, Ko Un. Moreover, the Dodge Poetry Festival is the one place where the most influential poets from a wide range of schools of poetry – from Poets Laureate to Slam Champions – have routinely shared the same stage.

An essential component of each Festival is a series of special programs for high school students and teachers of all grade levels, elementary through college. More than 4,500 students and 2,000 teachers from throughout the country participate in conversations and readings designed specifically for them during the first two days of the Festival.

The Geraldine R. Dodge Poetry Festival has been extensively featured in four PBS television series with Bill Moyers. The acclaimed eight-part The Language of Life series was filmed at the 1994 Festival, providing a look at the overall activities of the Festival and in-depth conversations with the featured poets. More recently, Fooling With Words offered television audiences a front row seat at the 1998 Festival. Excerpts of readings from the Festival are routinely aired on PBS through the series Poetry Everywhere with Garrison Keillor.

How Can I Read at the Festival?

If you would like to be considered as a reader at the Dodge Poetry Festival, please follow our Guidelines on the FAQ page.